Let Me Tell You About Sharon… AND Stop Killing Your Marketing ROI!

Let me tell you a short story about Sharon… *sorry Sharon*

Sharon is a receptionist for one of our clients in Brisbane.

Why? It’s because she wasn’t calling anyone back. She was lying to her boss, saying “the leads were bad”, and “no one was answering the phone”, etc.

Our client came to us around the 6-week mark. The conversation went a little like this:

“We aren’t getting enough leads”, “the front desk says they’re dead”, “we need to try something else”, etc.

Generally, they’re trying to hint that they want to cancel, but don’t know how to say it.

Meanwhile, we check their database, and there are 97 leads. Just sitting there. But they want to cancel?

This happens like clockwork for some agencies. Why does this happen, and how did we overcome it?

Here’s how this happens:

The front desk has a million things to do. He or she is doing paperwork, billing, emails, cleaning, greeting, talking to vendors, you name it.

Now, the owner says: “you’ve gotta start calling internet strangers. Be friendly, motivated, and get everything else done.”

See the problem? The receptionist couldn’t care less about getting more sales. It’s not part of their quota. They’re already overwhelmed as it is.

But, sometimes that’s the nature of business. So, let’s continue.

What did Sharon do? She didn’t call anyone. She didn’t stick to the script. She called leads three days later. And she lied to her boss.

How’d we fix this? We stumbled onto the magic survey idea.

All of a sudden, our clients stuck around 10 times longer and spent more money with us.

So what’s the formula?

We also found other things:

So, why do businesses fail with leads?

I want to leave you with this:

Sales conversions increase by 391% if you call within the first minute (Lead Response).

You are 100x less likely to convert a lead if you leave it for more than 30 minutes (Lead Response). 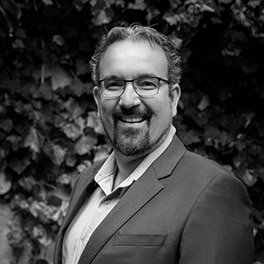 I work with businesses to automate their sales and marketing.

I work with businesses to automate their sales and marketing.